How much of a language is silent?
What does it look like when you take the silence out?

silenc is a tangible visualization of an interpretation of silent letters within Danish, English and French.

One of the hardest parts about language learning is pronunciation; the less phonetic the alphabet, the harder it is to correctly say the words. A common peculiarity amongst many Western languages is the silent letter. A silent letter is a letter that appears in a particular word, but does not correspond to any sound in the word’s pronunciation.

A selection of works by Hans Christian Andersen is used as a common denominator for these “translations”. All silent letters are set in red text. When viewed with a red light filter, these letters disappear, leaving only the pronounced text.

silenc is visualized in different ways. In one form of a book, silent letters are marked up in red yet remain in their original position. In another iteration, silent letters are separated from the pronounced text and exhibited on their own pages in the back of the book, the prevalence of silent letters is clearly evident. Posters show the comparisons of silenc in Danish, English and French. 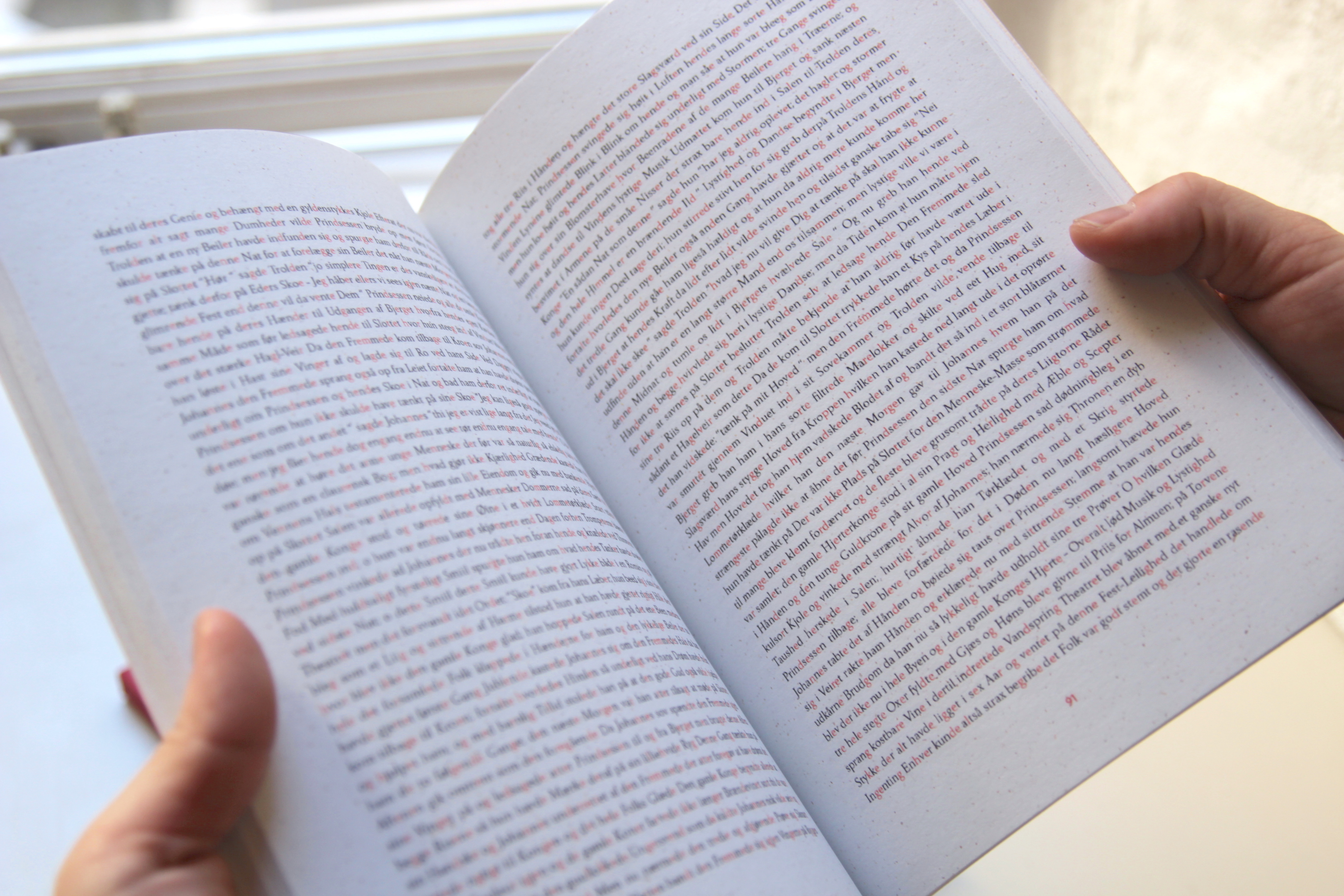 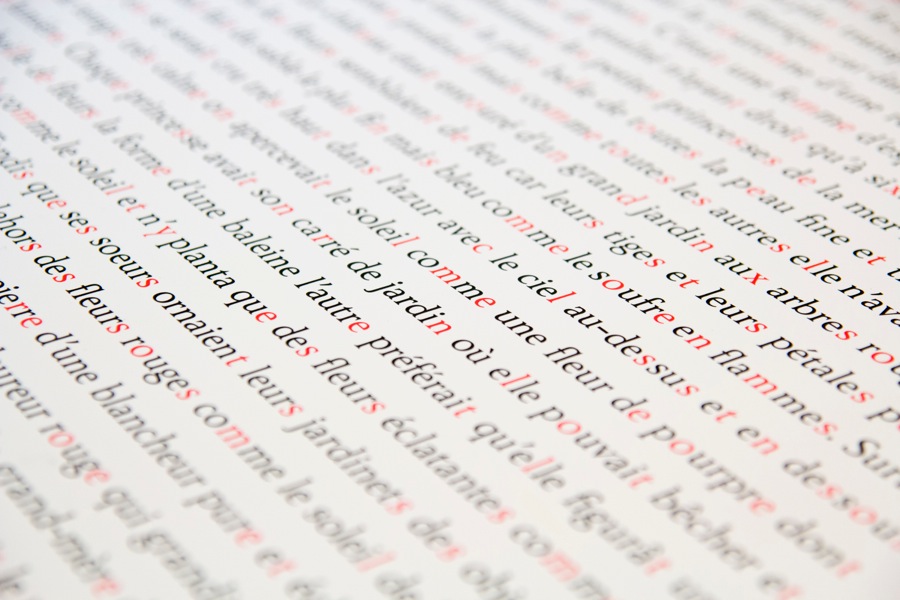 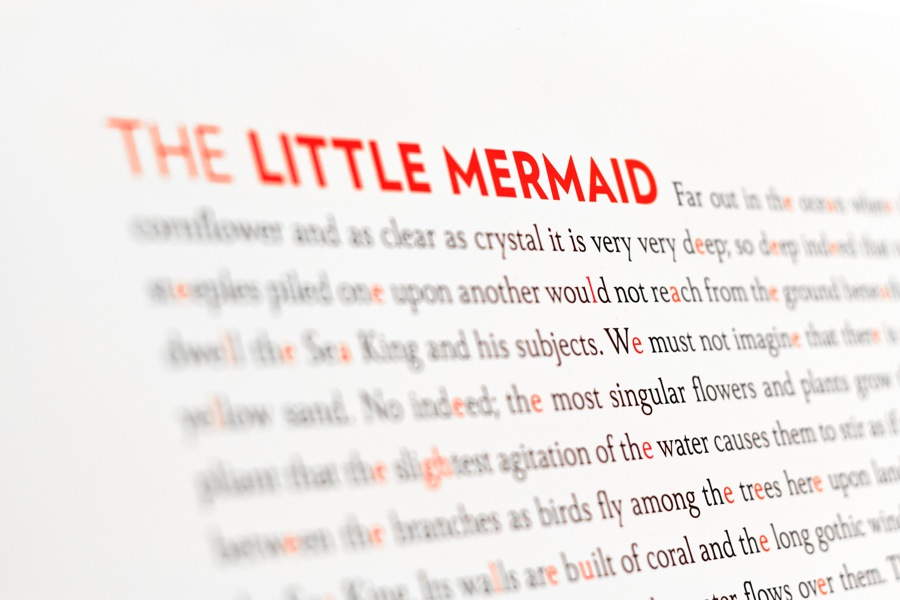 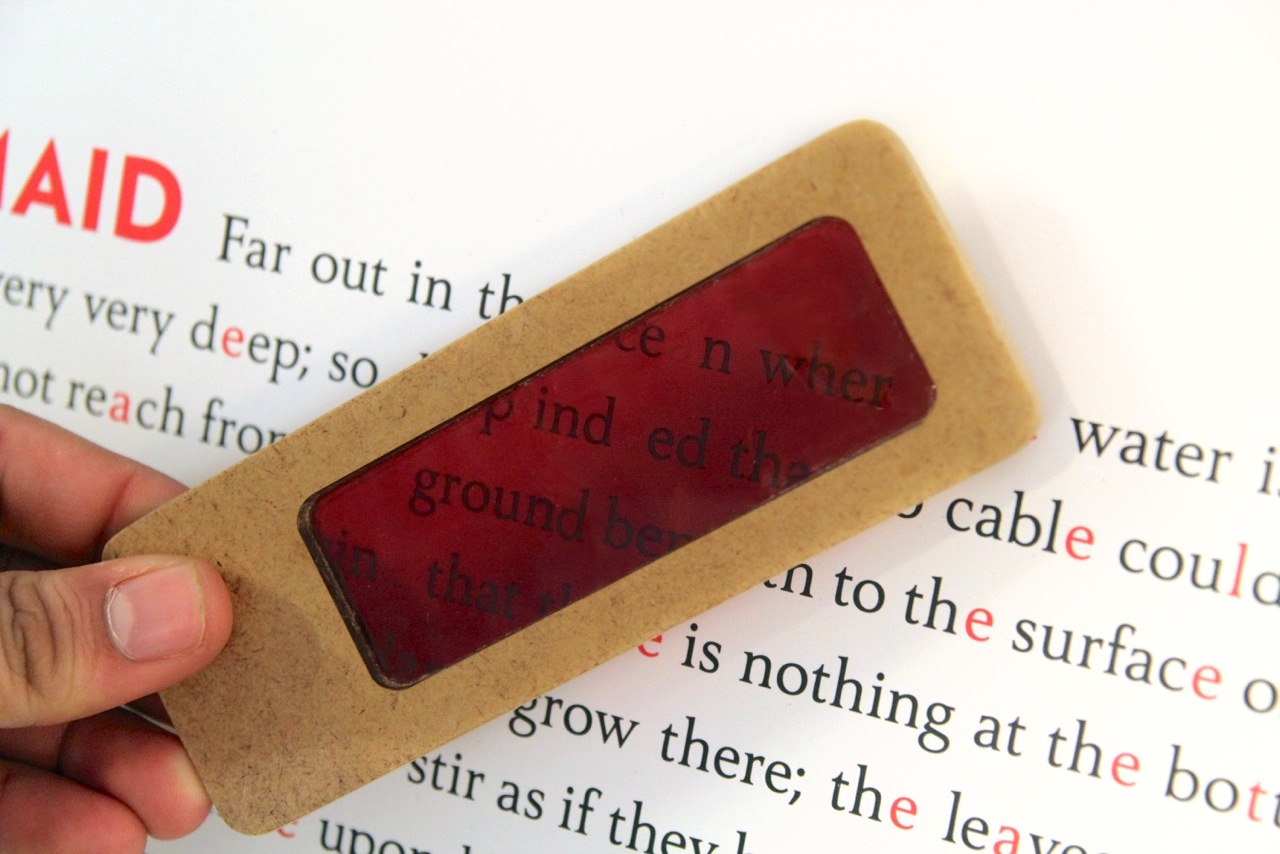 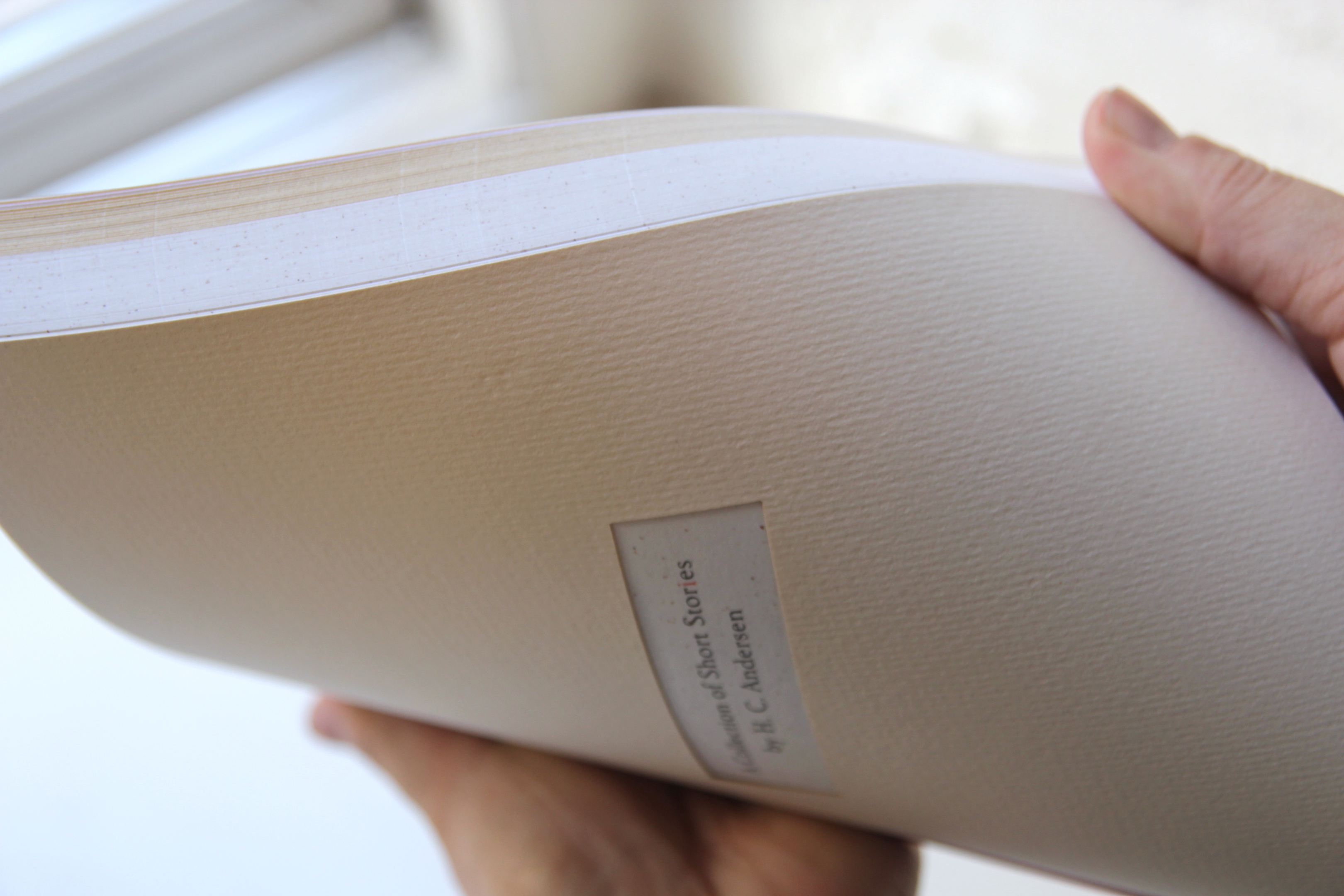 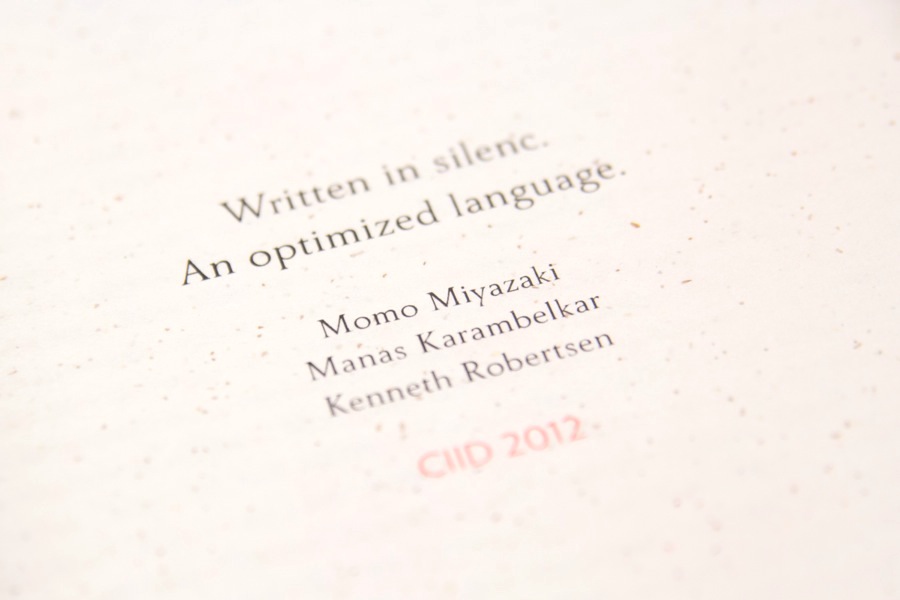